System 2: San Francisco
Details for System 2
About the System:

The C.A.R.L.A. 2 repeater went on the air in the mid 70's making it one of the oldest 70cm repeaters in the Bay Area and the first repeater in the C.A.R.L.A. system. This repeater is used several times each year to provide radio communications for community functions such as parades, bike races, and different Red Cross functions to name a few. This repeater features a 2 meter remote base.

An interesting tidbit about C.A.R.L.A. 2 - During the San Francisco Grand Prix Bike Race in September 2001, Robin Williams put in an appearance and was interviewed by ABC television which was televising the race. Right after the interview Robin picked up a nearby mic and "third partied" on the C.A.R.L.A. 2 repeater, talking to a few of the hams who were using C.A.R.L.A. 2 for Race communications. Click here to read more...


Coverage for System 2
The flagship system located in the heart of downtown San Francisco since 1980. Even though it is at 600', it covers most all of San Francisco, South along the peninsula, and parts of I-280 to San Jose, back up the East Bay corridor through Vallejo and East out Hwy 24 to I-680. North into Marin, Sonoma and Napa Counties as well as parts of the I-80 corridor out towards Sacramento. 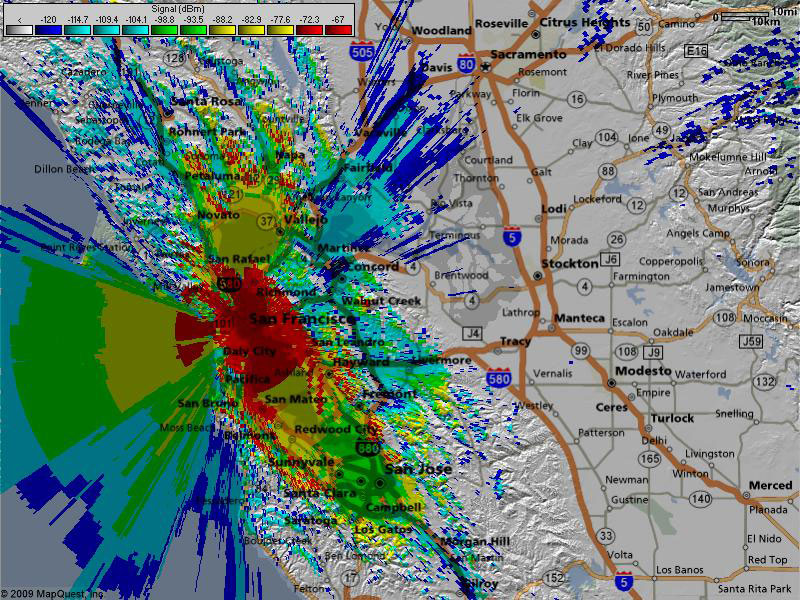