System 6: Willows
Details for System 6
About the System:

As you may have heard if you frequent the C.A.R.L.A. system of repeaters, System 6 is 100% solar powered. This was not by choice. The power lines that once went up to the site burned down when a fire swept through a nearby canyon several years ago. The decision was made to not invest in restoring power to the site. We subsequently installed solar panels, batteries and a wind generator. So, when you're using system 6, enjoy the fact that you're using 100% "green" power from the sun and wind.

Because of a need to conserve power on this system we have installed special programming which you may want to be aware of. It works like this: If there is a conversation anywhere on the system that goes for 5 minutes without anyone transmitting directly on System 6 it will cause System 6 to unlink from the system. That is, it will not transmit the conversation out System 6. It is still listening, so when the conversation on the system goes quiet for a full minute then System 6 will re-establish its link to the rest of the system. A couple of things to keep in mind:


Coverage for System 6
Located in Glenn County, in the Snow Mt. Range near the towns of Stonyford and Maxwell, approximately 100 miles South of Shasta, at just under 7000' elevation. This high-level, wide area coverage machine covers from around the Shasta Lake area South through Redding, Red Bluff, Willows, Chico, Yuba City and Oroville down along the I-5 and Hwy 99 corridors to Sacramento. It picks up West around Vacaville and follows a similar path to system 5, Eastward, through the I-80 corridor through Dixon, Sacramento, Auburn, Foresthill and marginally into the foothills and Sierras. Power and coverage have been significantly reduced due to PAVE PAWS. 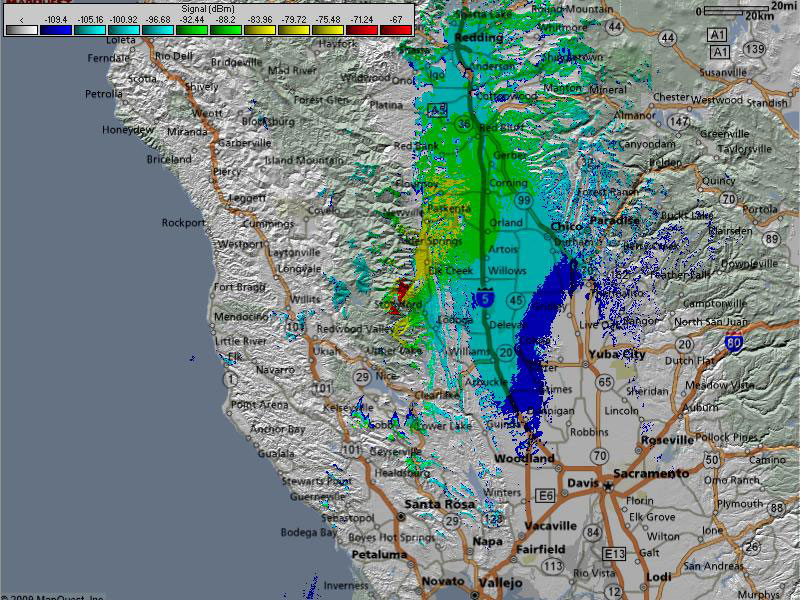